From this article, it appears that the focus is on clerical support functions and loading docks, not on patient care. This is how it is described:

“Recently, the hospital used Lean thinking concepts to create more efficiency between its clinical and clerical staff by ensuring that the proper documentation forms are available for particular procedures.

‘We created a card that informs the clerical staff what form is needed and how many forms to print,” said Rommell. “We also did some reorganization in our loading dock area to create more efficiency in handling our supplies.’”

As is common in the press, the background on Lean is not entirely accurate. For example, the article says:

“… the Toyota Production System[…] spread to American manufacturers with publication of the book, ‘Lean Thinking'”

Six Sigma came from Motorola, and there is nothing Japanese about it.

“Toyota […] has been using these principles for a long time…”

This article suggests that the implementation effort is both intense — with 50% to 60% of US hospitals and health care systems having launched some form of initiative — and confused.

The featured image shows what looks like a barcode scanner pointed at a prescription bag with no barcode. Is that what Lean is about?
While the title only refers to “Lean,” the content gives equal billing to Six Sigma, implying that both have had a comparable impact in Manufacturing.
The second picture shows nurses and administrative staff around a reception desk, suggesting that Lean is not about doctors and patients, but just about efficiency in support activities.

Patient experience is barely mentioned. A manager reports that UMass Memorial has reduced waiting times, which sounds great, but a nurse reports spending less time with each patient, which does not sound so great.
There is no mention of improvement in the quality of care, for example, by prevention of treatment errors, that one would expect out of Lean.

Surprising Statements on The History of Lean

Sometimes the internet gives you the most surprising set of statements about a topic. Here are a few from this article: 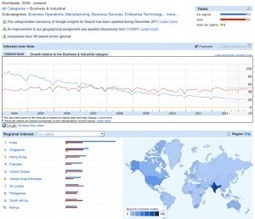 “[…] lean has enjoyed a roller coaster search history, but taken on average, it has been relatively consistent since search results have been recorded since 2004 worldwide. Six Sigma, on the other hand, has been dealing with a sliding board of interest.  It seems it might be on its way out.  Perhaps it was more of a fad than some holistic “cure-all” for industry.  I thought it was interesting to compare the main searcher for “lean” in industry, India, to my country, the United States, to see how we both seem to rank the terms.[…]”

A survey of 30 company-specific production systems

It has become extremely popular for companies in any business to pursue the principles of lean production, Six Sigma, TQM, TPM etc (even if the two latter are a bit “so 90s”…) …