GE Able to Bring Jobs Home Thanks to Lean Methodology 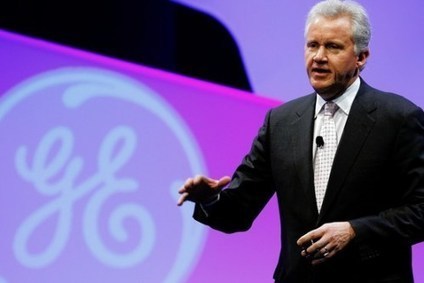 More about GE’s conversion from Six Sigma to Lean:

General Electric is able to bring jobs back to America after adopting lean manufacturing to improve efficiency.

Several of the comments on Six Sigma R.I.P.   touched on certification. With the belt system, this issue is of course central to Six Sigma, and, with Six Sigma on the Lean bandwagon, is merging with that of Lean certification, as evidenced in plant Lean champions who introduce themselves as Black Belts.

Certification is the accepted way to communicate to others that you have successfully studied and can apply the concepts and tools of your profession (CPA, MD, RN, PE, etc.).

It is true that you want a Certified Public Accountant to help with your taxes, and that, if you go to a clinic, you don’t want anyone to mess with your health who doesn’t have the proper credentials posted on the wall. On the other hand, if you buy a painting, you usually don’t care whether the artist learned the craft in a school of fine arts or by spraying city walls: the paintings tell you all you need to know. There are also fields where certification exists but is not necessarily sought by all. For example, many university engineering departments seek ABET (Accreditation Board for Engineering and Technology) certification, but some don’t, such as Electrical Engineering at MIT, UC Berkeley, or Stanford. Their own brands are more prestigious and better known than ABET.

In the continuum of certifiable human activities, where does Lean sit between MDs and CPAs on one side and artists on the other? Lean experts sell their services to businesses, not consumers, and the primary use of certification is as a job applicant filter. To a recruiter with no personal knowledge of Lean and 100 resumes to review, the absence of a Lean certification is quick way to dispose of 80%. But what guarantee does the Lean certification give  that the surviving 20% are the best candidates?

For a certification process to achieve this result, there has to be a consensus on a body of knowledge (BOK) and on institutions qualified to certify proficiency in its application. Having doubled life expectancy in 200 years, modern medicine is a credible BOK. We know its theories are sound because they prevent, cure or control many diseases. Tax law is different, in that it is a set of rules defined by people for people to follow, like the rules of poker.  Outside of a specific human society, there is no corresponding physical reality. The difference between the two was dramatized in the library scene in  The Day After Tomorrow: the coming of a new ice age had made the tax code fit for burning, but medicine had retained its relevance, as seen when the heroes used a medical book to save one their own (See Figure 1.).

Figure 1. Burning the tax code to survive in a new ice age

In that it affects the physical reality of factories, Lean is more like medicine than tax law. However, besides the absence of consensus on a  BOK, Lean manufacturing differs from medicine is in the role of institutions, and academia in particular. Most medical discoveries are made in university medical schools; nearly all breakthroughs in manufacturing, on the other hand, have been made by self-taught practitioners in factories, with no academic affiliation. I am thinking of high school graduates like Taiichi Ohno, Frank Gilbreth, Charles Sorensen, or Frederick Taylor. Whatever consensus eventually emerges on a Lean BOK, it will not have come from universities. This leaves professional societies and for-profit training companies, and no answer to the question of who certifies the certifiers.

By requiring certifications, company recruiters are making them valuable to applicants, and are generating business both for genuine training organizations and for diploma mills. However, what these recruiters are not doing is their job, because  the next Taiichi Ohno won’t make it past their initial review.

In the broadest sense, Statistical Process Control (SPC) is the application of statistical tools to characteristics of materials in order to achieve and maintain process capability. In this broad sense, you couldn’t say that it is obsolete, but common usage is more restrictive. The semiconductor process engineers who apply statistical design of experiments (DOE) to the same goals don’t describe what they do as SPC. When manufacturing professionals talk about SPC, they usually mean Control Charts, Histograms, Scatter Plots, and other techniques dating back from the 1920s to World War II, and this body of knowledge in the 21st century is definitely obsolete.

Tools like Control Charts or Binomial Probability Paper have impressive theoretical foundations and are designed to work around the information technology of the 1920s. Data was recorded on paper spreadsheets, you looked up statistical parameters in books of tables, and computed with slide rules, adding machines or, in some parts of Asia, abacuses (See Figure 1). In Control Charts, for example, using ranges instead of standard deviations was a way to simplify calculations. These clever tricks addressed issues we no longer have.

Figure 1. Information technology in the 1920s

Another consideration is the manufacturing technology for which process capability needs to be achieved. Shewhart developed control charts at Western Electric, AT&T’s manufacturing arm and the high technology of the 1920s. The number of critical parameters and the tolerance requirements of their products have no common measure with those of their descendants in 21st century electronics. For integrated circuits in particular, the key parameters cannot be measured until testing at the end of a process that takes weeks and hundreds of operations, and the root causes of problems are often more complex interactions between features built at multiple operations than can be understood with the tools of SPC. In addition, the quantity of data generated is much larger than anything the SPC techniques were meant to handle. If you capture 140 parameters per chip, on 400 chips/wafer and 500 wafers/day, that is 28,000,000 measurements per day. SPC dealt with a trickle of data; in current electronics manufacturing, it comes out of a fire hose, and this is still nothing compared to the daily terabytes generated in e-commerce or internet search  (See Figure 2).

What about mature industries? SPC is a form of supervisory control. It is not about telling machines what to do and making sure they do it, but about checking that the output is as expected, detecting deviations or drifts, and triggering human intervention before these anomalies have a chance to damage products. Since the 1920s, however, lower-level controls embedded in the machines have improved enough to make control charts redundant. The SPC literature recommends measurements over go/no-go checking, because measurements provide richer information, but the tables are turned once process capability is no longer the issue. The quality problems in machining or fabrication today are generated by discrete events like tool breakage or human error, including picking wrong parts, mistyping machine settings or selecting the wrong process program. The challenge is to detect these incidents and react promptly, and, for this purpose, go/no-go checking with special-purpose gauges is faster and better than taking measurements.

In a nutshell, SPC is yesterday’s statistical technology to solve the problems of yesterday’s manufacturing. It doesn’t have the power to address the problems of today’s high technlogy, and it is unnecessary in mature industries. The reason it is not completely dead is that it has found its way into standards that customers impose on their suppliers, even when they don’t comply themselves. This is why you still see Control Charts posted on hallway walls in so many plants.

But SPC has left a legacy. In many ways,  Six Sigma is SPC 2.0. It has the same goals, with more modern tools and a different implementation approach to address the challenge of bringing statistical thinking to the shop floor. That TV journalists describe all changes as “significant” reveals how far the vocabulary of statistics has spread; that they use it without qualifiers shows that they don’t know what it means. They might argue that levels of significance would take too long to explain in a newscast, but, if that were the concern, they could save air time by just saying “change.” In fact, they are just using the word to add weight to make the change sound more, well, significant.

In factories, the promoters of SPC, over decades, have not succeeded in getting basic statistical concepts understood in factories. Even in plants that claimed to practice “standard SPC,” I have seen technicians arbitrarily picking parts here and there in a bin and describing it as “random sampling.” When asking why Shewhart used averages rather than individual measurements on X-bar charts, I have yet to hear anyone answer that averages follow a Bell-shaped distribution even when individual measurements don’t. I have also seen software “solutions” that checked individual measurements against control limits set for averages…

I believe the Black Belt concept in Six Sigma was intended as a solution to this problem. The idea was to give solid statistical training to 1% of the work force and let them be a resource for the remaining 99%. The Black Belts were not expected to be statisticians at the level of academic specialists, but process engineers with enough knowledge of modern statistics to be effective in achieving process capability where it is a challenge. 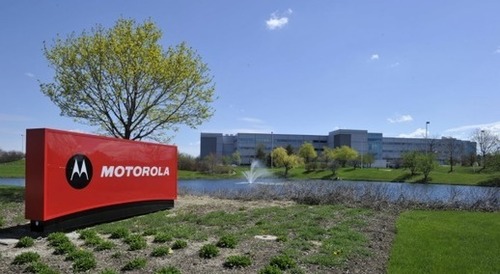 Motorola Mobility is being taken over by Google, and the article is from October, 2011. It includes links to videos. In the first one,  Ashton Kutcher tries to figure out Six Sigma. Based on how youthful he looks, it must at least 15 years old. The others are introductions to “Six Sigma,” that discuss nothing but the obsolete, 80-year-old tools of SPC: histograms, control charts, etc.   The impresssion you get from the article is of Six Sigma as warmed up SPC sprinkled with a smidgeon of Lean. This is not the perception I had of the program.
Via www.supplychaindigital.com

If you google Six Sigma, you get the impression that it is a going concern, with all sorts of organizations offering training and consulting on how to implement it. If you dig just a bit deeper, you run into a Business Week article from June 11, 2007 entitled Six Sigma: So Yesterday? It explained how the best known Six Sigma icons, like GE, 3M, Home Depot, or Motorola were “dialing it back.” Whatever this may mean, it is difficult to imagine ambitious employees in a company showing enthusiasm for a program that is being “dialed back.”

The same article attributes the following statement to GE’s former CEO Jack Welch about Six Sigma: “Even if the concept is applied in areas where perhaps it shouldn’t be, it’ll be worth it in the long run.” It makes you wonder how he would have liked to work in such an area, with management knowingly pressuring him to implement an irrelevant method.

Now that the Six Sigma craze is over, there is no much merit in criticizing it. Ever since I was first exposed to it in the 1990s, I have perceived it as a welcome update of the now 90-year-old tools of Statistical Process Control (SPC), useful in industries where, if your process is mature, your product is obsolete. This applies in semiconductors and other high-technology manufacturing sectors, but not in mature sectors like automotive.

It never struck me as having the potential to be a revolution in business or comparable in scope and impact to Lean. Saying so 10 years ago made many people angry but I did worse: I put in writing, in an article entitled Six Sigma and Lean Manufacturing that was published by the SME in a Six Sigma newsletter in July, 2002.

If you google Motorola +Six-Sigma, you learn that Motorola no longer teaches Six Sigma business improvement. Given that Motorola is where Six Sigma was invented, the equivalent would be for Toyota to dump Lean. Maybe it is time to dial down the Six Sigma training programs.