“It seems to be common knowledge that the Lean movement is now suffering from a midlife crisis. Lean movement leaders are perplexed at the widespread continuing emphasis on Lean tools, narrow focus on cost cutting, and the slow uptake of the “Respect for People” principle over the last 15 years. This is the outcome, despite determined efforts to inform people otherwise. I’m not surprised.”

Sourced through Scoop.it from: www.bobemiliani.com

While I agree with Bob’s overall diagnosis of a midlife crisis for Lean, I object to a few details, the main one being his assertion that Lean descends directly from “Scientific Management,” the brand under which Frederick Taylor sold his consulting services.

END_OF_DOCUMENT_TOKEN_TO_BE_REPLACED

“Henry Ford achieved world-class results with three key performance indicators (KPIs), none of which were financial. His successors’ changeover to financial metrics, on the other hand, caused the company to forget what we now call the Toyota production system.”

Yes, giving power over manufacturing companies to accountants, as American industry massively did in the 1950s yielded disastrous results. The summary given in this article’s lead paragraph, however, does not match the historical record from other sources.
END_OF_DOCUMENT_TOKEN_TO_BE_REPLACED 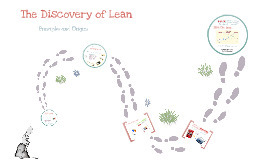 In the TPS Principles and Practice group on LinkedIn, Aineth Torres Ruiz asked about what mass production is and is not. With the loose talk of “Henry Ford’s Lean vision” going around, the confusion is understandable. In fact, the term “mass production” was coined specifically to describe Ford’s production system in an Encyclopedia Britannica article in 1926, and defined as follows:

“Mass production is the focusing upon a manufacturing project of the principles of power, accuracy, economy, system, continuity and speed.”

The encyclopedia article does not imply that the system was inflexible, but Ford’s system of that era was designed to build Model Ts and nothing else. Even though the following picture is from 1937, a decade after the end of the Model T era, the dense packing of presses makes you wonder how you were supposed to change dies:

Modern automotive press shops have machines arranged in lines, with space on the side for dies. In this shop, a die change had to be a rare event.

In essence, the term “mass production” is to Ford as “lean manufacturing” is to Toyota, a generic term applied to give broader appeal and generalize an approach developed in a specific company. It is not a derogatory term, and many elements of mass production found their way into TPS, along with parts of the “Taktsystem” from the German aircraft industry of the 1930s. To these external inputs, the Toyota people have been adding their own twists since the 1930s.

Ford’s system itself evolved as it was adopted by competitors. As Peter Winton pointed out in the LinkedIn discussion, the original mass production was the production of large quantities of the same thing. As early as the 1920s, all the high-speed machines and lines dedicated to making the aging Model T at the River Rouge plant were both the strength and the Achilles heel of the system, giving GM the opportunity to grab market share away from Ford by, as Alfred P. Sloan put it “introducing the laws of Paris dressmakers in the car industry.” Ford alumnus William Knudsen’s “Flexible Mass Production” at Chevrolet made it possible through yearly model changes that could be completed in a few weeks. When Ford finally had to change from the Model T to the Model A in 1927, it required a thorough retooling of the Rouge plant, which took 9 months.

Ford’s system itself changed over the decades, and, at least as Lee Iacocca described its practices,  the financially minded leadership that emerged in the 1950s no longer focussed on improving production. In my review of Deming’s Point 5 of 14 on that topic, I had included the following pictures of the same operation performed the same way 30 years later:

In the 1988 paper in which he introduced the term “Lean production,” John Krafcik makes a distinction between “Pure Fordism” and “Recent Fordism,” the main difference being that “Recent Fordism” involves large inventories, buffers, and repair areas. This, of course, implies nothing about what the Ford people have done since 1988.

The concept of a dedicated production line — effective at making one product and incapable of making anything else — is in fact not obsolete. If you have a product with long-term, stable demand, it is a better solution than a flexible line whose flexibility you don’t need. This is why you do a runner/repeater/stranger analysis of the demand for your products, and then investigate trends and seasonal variations. In the Lean approach, you use a dedicated where it fits and other approaches where it doesn’t; most plants, instead, have a one-size-fits-all approach.

“I am revisiting a great book – “My Forty Years With Ford” – written by Charles Sorensen.  Sorensen was as close to being in charge of production at Ford during the Model T, genesis of the assembly line, $5 day era.  The following is an excerpt […]

‘…a part such as a piston entered production bearing a ticket which covered every operation. If ten operations were involved, an entry was made on the ticket after each stage before proceeding to the next one. If one piston was lost in the move, all progress stopped until the missing piece could be found and accounted for. The time consumed in each operation was computed in lots of 100 or more, and results were tabulated on a card file which ultimately found its way back to the foreman so that he might check timing at each stage. Not only did the process mean delay from one operation to another, but when a motor assembler couldn’t get pistons, all car production was held up.’ “

It’s a great story. What Hawkins was implementing is now known as a traveller and, while not usually found in auto parts manufacturing, it lives on in other activities, where it is needed. I saw it in operation last week in small and mid-size plants in Germany that produce paints in thousands of shades in batches from 100Kg to 2,000Kg. Each batch has a traveller attached to it as a way to keep track of where it is in its process and which materials or pigments are needed for it.

In semiconductor manufacturing, you also have travellers, albeit electronic, to keep track of where a batch of wafers is in its 500+ operations process that involves multiple visits to the same equipment, and where the state of a wafer is not visually obvious.

The principle is not intrinsically wrong. The mistake Sorensen reports was applying it in the wrong place. 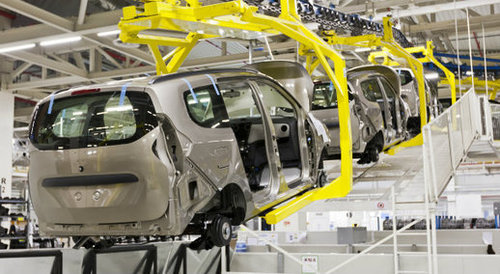 “Toyota pioneered modern lean manufacturing and created a highly efficient and reliable manufacturing system that the rest of the world sought to adopt with huge variations in success. A main thrust of Lean philosophy is to closely examine manufacturing processes, find unnecessary steps and eliminate them. The same philosophy suggests that we should only allow room for value adding steps – in terms of value perceived by the customer – as this drives up efficiency and enables us to manufacture simpler and faster. It is said that accumulating work-in-progress through the process ties-up resources and can obscure problems and is therefore deemed to not add value, so conventional Lean thinking is to eliminate this wasteful step.With this thinking comes a generally held view that Lean manufacturing and Accumulation cannot coexist…”

The gist of this article is that you should hold just enough WIP to meet your production requirements with the changeover times you currently have and protect your bottlenecks against malfunction in other resources. So far, this is stating the obvious, and a visit to a Toyota plant or even dealership is enough to see that the Toyota system is not one with zero inventory. You see shelves of stampings, bins of bolts, and trees of wire harnesses. The Kanban system involves some inventory, and, in fact, the only approach that doesn’t is just-in-sequence. What is considered waste is not all inventory, but unnecessary inventory, accumulated for no valid reason anyone can explain.

The article, however, goes further and asserts that it is cheaper to accumulate WIP than to expose and solve the problems that make it necessary, which is a return to the mass-production thinking that was prevalent in pre-Lean operations management.

What the Lean successes of the past decades have shown is (1) that the overall costs of WIP were understated and (2) that the ingenuity of production people and engineer was underestimated. You operate today and next week with the resources that you have, dysfunctional as they may be, and you hold WIP as needed to sustain production. As you do this, however, as an organization, you keep working at solving your problems so that you need less and less WIP month by month and quarter by quarter. This perspective is missing from the article.