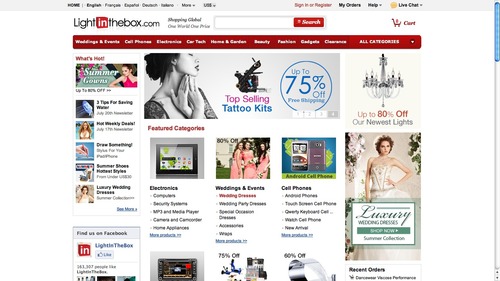 “…rather than be part of a large group working on an assembly line, workers are divided into small teams, with each one headed by a high-skilled leader. The cells each produce three or four dresses a day according to very specific designs that require a lot of handwork. Taken in total, each company can produce about 200 dresses a day that way, with each cell producing a very different dress…”

A survey of 30 company-specific production systems

It has become extremely popular for companies in any business to pursue the principles of lean production, Six Sigma, TQM, TPM etc (even if the two latter are a bit “so 90s”…) …

Is Lean a Change Methodology or an End State? | Management Meditations 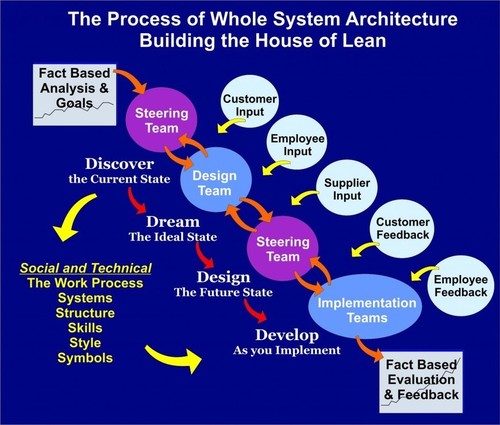 Another thoughtful contribution from Larry Miller, with my comments.

Yet another (wrong) definition of takt time

This is from a blog post published today that claims to clarify what a takt time is:

Takt Time:  This is the rate of time at which a product or service is being purchased.  For example, a Nissan commercial mentioned that every minute, someone in the world buys a new Nissan.  Selling a car every minute is an excellent example of takt time!

Writing a definition for a thing or an idea is tricky. Following Aristotle, I would say that you have done a good job if you have described what kind of a thing it is and how it differs from other things of the same kind, using terms your reader already understands.

In this definition, takt time is described as a “rate of time.” If there were such a thing as a rate of time, in what units would it be expressed? In production, a rate is expressed, for example, in pieces per hour; a time, in minutes or seconds. Takt Time, as its name suggests is a time, not a rate, and certainly not a rate of time, whatever that may be.

This definition then relates takt time exclusively to “a product or service [..] being purchased,” and gives the example of a Nissan being bought every minute in the world, suggesting that 1 minute is the takt time of a Nissan. Incidentally, if this figure were true, Nissan would sell about 500,000 cars/year, versus the 4 million it actually sells.

Takt time, as we use it in manufacturing and industrial engineering, is in fact not a parameter associated with just a product but with a production line making this product. Given the demand that is given to it and the amount of time that it actually works, the takt time of this production line for this product is the time that must elapse between two consecutive unit completions.

If a line is expected to produce 400 units of a product in a 400-minute shift, then, if you stand by the last station of the line, you will see one unit come out every minute, meaning that its takt time is 1 minute. If you switch from working 1 shift/day to 2 to meet the same demand, you double the takt time to 2 minutes.

This is why it is calculated as follows:

It has a numerator and a denominator, and both matter. They are obviously calculated for the same time period.

Not fresh news, but my colleague Maria Samsonova just pointed it out to me.