Manufacturing: Offshore Out; Lean In 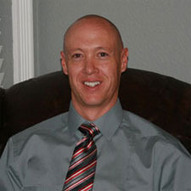 I don’t agree with everything this blogger says, particularly when he describes the establishment of the Roman empire as a “short term” fix. In my book, 400 years of peace and prosperity is beyond the short term…

The so-called “Kaizen event” is a good tool when applied to the right opportunities, but there are two problems with it:

The French did even worse by calling the same method “Hoshin Events,” literally meaning “compass needle event.” The equally unfortunate consequence is that it makes it impossible to discuss Hoshin Planning with them.

See on Scoop.it – lean manufacturing
This guest post on Mark Graban’s blog treats an important but often neglected subject. It forgets, however, what I see as the number one problem with tool cribs: operators leaving their work stations to fetch tools. In some machine shops, you see a line of machinists waiting in line at the tool crib while machines and work pieces stand idle.
Instead, in a Lean shop, the tool crib sets up milk runs to pick up worn tools and deliver fresh ones. The tool crib is a support organization with the purpose of supporting production, not disrupting it. 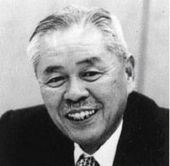 This article includes interesting details about Ohno’s background and early life, from someone who has actually met him.
Via www.gembapantarei.com

This article describes a method involving initial testing and extensive training used by an Alabama steel mill to increase Maintenance’s share of its work force to almost 30%.

Jim Peck drew my attention to it on NWLEAN through a post in which he questioned their approach to recruitment as training people who didn’t need it or turning down people with the right skills. This kind of information,  of course, is not in the article.

The article points out the growing of share of Maintenance in the work people do in a manufacturing operation as it evolves. Based on the numbers in the article, close to one in four employees of the mill works in Maintenance today, and they are trying to increase this ratio. Steel is an industry that has had enormous productivity increases in the past decades. As they point out in the article, they went from 45,000 employees in the 1940s to 2,100 today, who produce as much.

In today’s labor-intensive manufacturing activities, maintenance’s share of the labor force is on the order of 5%, and I believe we can expect that number to rise. For example, an auto plant that employs 5,000 today may produce the same amount with the same depth of manufacturing with 500 people 25 years from now — if cars are still around in 2037… And, out of these 500 people, 150 to 200 will be in Maintenance, the rest being primarily programmers of automatic machines.

Whether testing is appropriate or not depends on the relevance of what people are tested on. An organization has the right to decide what “qualified” means for its own needs. On the other hand, I find testing inappropriate if there is a hidden agenda.

Many Silicon Valley software companies, for example, subject applicants to “coding interviews,” in which they are tested on such topics as the details of sorting algorithms. A computer science student learns this in college but rarely uses it as a professional programmer, because 90% of the time you need to sort records, you just invoke a sort function without worrying about what is under the hood. As a consequence, this kind of test is an effective way to bias the interviews in favor of recent college graduates and filter the experienced programmers.
Via www.reliableplant.com