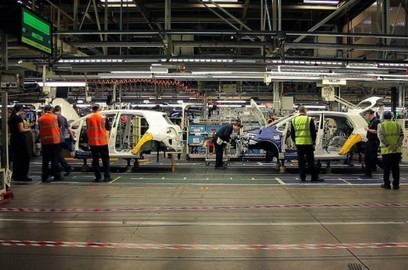 “Kanban-style just-in time parts deliveries, kaizen policies of continuous improvement – Toyota has been a banner-carrier for these and many other methodologies that long ago gave it an edge when it comes to productivity and robust, repeatable quality.

So it’s a bit of a surprise to hear, as we did last week in Toyota’s Nagoya headquarters, that the company has been a bit less effective when it comes to parts standardisation, platform sharing and common parts strategies.”

I was taken aback by the article’s original title, describing Toyota as a “master of mass production,” but read on nonetheless and found the rest intriguing.

In essence, it asserts that Toyota paid for the autonomy of its product development teams in the form of too many different parts and platforms, and is undertaking to change this for the future.

The article does not say how Toyota proposes to do it.

Employees are Colleagues, Not Assets | Eric Bigelow | IndustryWeek Where do “Value Stream Maps” come from?