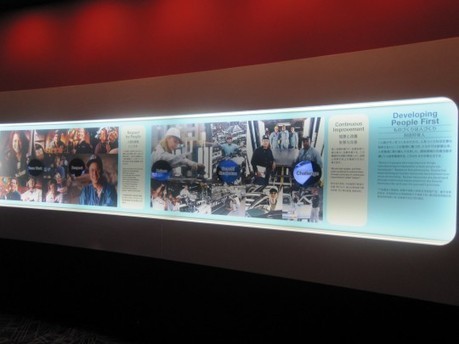 Blog post at Lean Blog : A principle that has been often discussed (and hopefully practiced) in the Lean community over the past few years is usually described as “respect for people.” A certain British rabble rouser recently said at a Lean conference “all this respect for people stuff is horse sh*t,” and that it is a “conventional Western management interpretation.” He mocked the idea of “respect for people programs,” although I’m not sure where such a standalone program has ever been attempted.

Michel Baudin‘s insight:
Great post, Mark. In concrete terms, I have found disrespect easier to explain than respect.For example, giving a person a job that requires doing nothing 50% of the time is saying “your time is worthless,” and therefore “you are worthless.”  Many managers do not realize how disrespectful this attitude is, particularly where labor is cheap.
Ignoring complaints about minor safety issues, like sharp edges on a cart, is also showing disrespect.There are many such issues that must be addressed before asking people to participate in improvement and contribute ideas.The Frank Woollard quote in Bob Emiliani’s comment explains why you should pay respect to your people. It’s not about being nice. In the long run, you cannot compete unless your organization fires on all intellectual cylinders.