“…A common formula to create a best-selling business book is to start with a list of eye-catching companies that have been outperforming their peers for years. This has the added advantage of creating an aura of objectivity because the list is constructed using “objective, quantitative data.” Subsequently, the management thinker takes the list of superior companies and examines (usually in a rather less objective way) what these companies have in common. Surely — is the assumption and foregone conclusion — what these companies have in common must be a good thing, so let’s write a book about that and become rich…”

Bill Waddell branded the author of this article “The Naysayer Personified,” which prompted me to read it. Vermeulen’s first target it “In Search of Excellence,” a best seller from the 1980s that pointed out “excellent” companies that didn’ excel so much after the book came out. I had read it at the time, and had found it little more than a cheer-leading compilation of the public relations literature of the companies. So far, I agreed with Vermeulen.

Further on, he bashes as management fads not only Six Sigma, TQM, and ISO-9000 — no argument here — but also Lean. Ouch! This is my stock in trade, and I really should argue that Vermeulen doesn’t get it.

But my heart is not in it. Much has been done in the name of Lean by now that amounts to little more than slapping the label onto ideas that are unrelated to the Toyota Production System (TPS), and it hasn’t been particularly effective.

That is not what Lean is to me. I see it as the adaptation to other contexts of the principles that have made Toyota successful in the car business, involving in practice the selection and adaptation of relevant TPS tools, as well as the development of new ones. And I admit readily that it is not a panacea. There are plenty of human endeavors to which it does not apply, but what interests me is the ones to which it does.

When you want to discuss this now, just can’t just say “Lean,” you have to qualify it as “Lean Deep” or “True Lean,”  as opposed to “Lean Lite” or “Lean As Mistakenly Executed” (L.A.M.E.).

Could the same be said of the other approaches Vermeulen criticizes? To some extent, yes. Six Sigma and TQM, for example, are based on real contributions made in specialized areas, before their promoters went global cosmic. 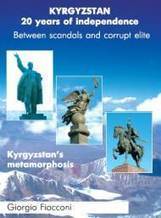 BISHKEK, February 26 (TCA) — The market economy requires new competitive advantages to develop companies and retain leadership in a particular industry. Part of the solution is to attract investments and loans, but it still does not guarantee success and stable profits. International donors have volunteered to help Central Asian businessmen, offering to introduce the concept of Japanese management called Kaizen. The author of the concept of doing business which excludes loss is Masaaki Imai, and it is based on the idea of “continuous improvement”.

“The principles of lean production are becoming fundamental in some enterprises in Kyrgyzstan, Kazakhstan, Tajikistan, and Uzbekistan,” said Anatoly Maslov, an expert…

News about Lean fron Kyrgyzstan! The author can’t tell the difference between Lean, Kaizen, and ISO 9001, but this kind of confusion also occurs outside of Central Asia.

Most interesting, as usual, are the examples of companies achieving performance improvements so spectacular that they make you wonder about the starting point.