This Doctor is Upset, But It Doesn’t Really Sound Like Lean | Mark Graban | leanblog.org

“[…] it’s a first-hand story and an opinion piece. […]  Dr. Cotton describes the poor treatment he’s received from a 40-something internal “Lean consultant” named Dean. […] Dr. Cotton describes a typically hectic E.D. scene where he’s “six patients behind” and he’s spent some time talking to a patient’s mom in an attempt to comfort her and explain the situation… a perfectly human and caring response. Then, Dr. Cotton describes an interaction that I’d hope would never happen[…]: ‘And that’s when Dean confronted me. ‘He wasn’t your patient! You are six patients behind!” Dean was the hospital’s MBA consultant for LEAN management.”

Sourced through Scoop.it from:www.leanblog.org – Today, 9:12 AM

I think what happened to Dr. Cotton is primarily the result of 25 years of Lean bandwagon jumping. Ever since the name was coined, all sorts of consultants and gurus have rebranded their offerings as “Lean,” misleading their audiences and living off the reputation of the Toyota Production System.

Given the absence of consensus on a Lean body of knowledge or control on the appellation, this was inevitable. But this process has besmirched the “Lean” label, and I am not sure it is salvageable.

Dr. Cotton seems to have it in for MBAs, which Mark may think unfair because he has one. Mark’s saving grace, however, is that he is also a mechanical engineer.

See on Scoop it

“Business is our most important social institution—improving the lives of millions. Yet it falls far short of its potential to serve society […]  When you’re creating the next Google, Tencent, or Apple, you’re going to need people with the training, skills, and network that business education is uniquely good at providing. There’s a reason all of those companies hire people with MBAs. Even more important than the skills argument, however, is the intellectual argument for an MBA education, where there is critical knowledge to be gained. Business has evolved to be the dominant social institution of our age. Business is the cultural, organizational, and economic superforce in human development.”

Bill Waddell disagrees. I do too, for different reasons.

While I agree with Blount about the value of business skills, I see MBA programs as steeped in the druckerian fallacy that management is a profession in its own right, like Medicine or Engineering, and that a well-trained manager can be equally effective at running businesses in any industry, whether selling sugared water or making computers that change the world.

Rather than being a specialty in its own right, “Business Administration” is best viewed as a set of skills that complements industry-specific knowledge and experience.

That business is “the cultural, organizational, and economic superforce in human development” is something the dean of a business school would say. You could easily make the case for other forms of human endeavors, like universal public education, scientific research, or even democracy.

Bill Waddell seems to think that MBAs are inherently unable to implement and sustain Lean. I have, however, met several leaders who excelled at Lean while having MBAs. But it was not all they had.

A unique feature of this degree is that it takes over the identity of its holders, to the point that they describe themselves as “being MBAs” rather than “having MBAs.” The ones I have admired for their excellence in Lean had an engineering degree and had worked as engineers before getting MBAs.

Lean Thinking: Why Are Learning Organizations So Scarce? 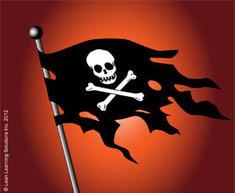 From Pascal Dennis, brief and to the point, as usual.