“It has been 20 years since the University of Kentucky took its first big step on the road to becoming a world-leading center for lean systems research and training.

The journey began in 1993, when representatives from the UK College of Engineering embarked on a series of discussions with Toyota leaders, regarding the possibility of collaboration in lean knowledge development and manufacturing research and development.[…]”

This story is about a Lean certification program at the University of Kentucky (UK),  not in the United Kingdom.

I have some reservations about Lean Certification in general and the following comments about the University of Kentucky program in particular, based on the online syllabus:

The University of Kentucky’s program includes Core Courses — a train-the-trainer program — and Specialty Courses — for professionals outside of production operations. Some but not all the specialty courses are targeted at functions within the organization but others are about tools. Just the core courses add up to three one-week training sessions, while each specialty course is typically a one- or two-day workshop.

From the University’s web site, however, I cannot tell when, or if, participants ever learn how to design a machining cell, or an assembly line, or how to reduce setup times. In the core courses, it’s great to talk about mindsets, culture, and transformational leadership, but where is the engineering red meat?

The specialty courses address planning, improvement methods, logistics, supplier development, and other unquestionably important topics, but offer nothing about manufacturing or industrial engineering.

Get certified in Lean without setting foot in a factory! | Industry Market Trends

See on Scoop.it – lean manufacturing “Lean Six Sigma – This is perhaps one of the most popular training systems for manufacturing companies. […] Online courses can provide training and certification for all levels from yellow belt to black belt.”

It reminds me of the movie “Aliens,” when Ripley asks the spaceship pilot how many times he has landed on an unknown planet: “38 times,” he says, before adding “… in simulations.”

“When Sun Life Financial goes to market to bolster its growing team of “lean” business specialists, it faces wide-ranging competition – jostling on job boards with companies as varied as Telus, Bombardier, Toronto’s Hospital for Sick Children, Shoppers Drug Mart, Kraft Foods and the City of Vancouver.

On any given day, there are hundreds of postings on Canadian online job sites for people with formal certification in techniques known as Lean and Six Sigma, as well as the strong managerial skills needed to lead organizational change.”

The quotes around Lean in the title are certainly appropriate.

As discussed before, Lean is not a standard body of knowledge that people can be certified on the way you get a driver’s license. Six Sigma has nothing to do with Lean and has been abandoned at GE, the company the article mistakenly quotes as having originated it. It was Motorola, not GE.

According to the article, management in the quoted companies views “managing a portfolio of transformation and improvement efforts” as a job for which it hires specialists. It’s not. Instead, it is a skill every manager should have.

Wait another three years, and my bet is that we will see an article in the same paper describing how disappointed these companies have been with the certifications, and how little their performance has improved. 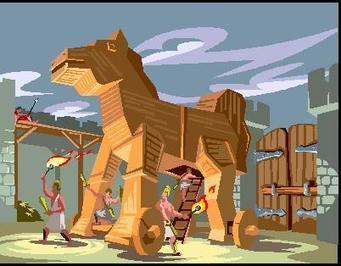 Not all RTO’s are doing a great job, read this post and find out why your selection will make all the difference.

Deming’s full statement is as follows:

Eliminate slogans, exhortations, and targets for the work force asking for zero defects and new levels of productivity. Such exhortations only create adversarial relationships, as the bulk of the causes of low quality and low productivity belong to the system and thus lie beyond the power of the work force.

This point reminds me of Howie Makem, the quality cat lampooned by Ben Hamper in Rivethead in 1986, about the same time Deming’s Out of the Crisis was published. At the time, Ben Hamper was a riveter at GM’s Truck plant in Flint, MI, who could describe his shop floor experience with the wit of a Tom Wolfe. Rivethead was originally a column in Michael Moore’s Flint Voice, later edited into a book.

According to Hamper, the management of the plant had decided that what it needed to improve quality was a mascot for workers to rally around, and organized a naming contest, of which “Howie Makem” was the winning entry. The mascot then materialized as a man in a cat suit with a large Q embroidered on a red cape walking the floor and exhorting operators to improve quality amid jeers, catcalls and the occasional bolt throw. Howie Makem is one of the few artifacts of which no picture can be found on Google, which is why I had to draw it from Hamper’s description.

Spending time and money on slogans, mascots, banners and monogrammed shirts or mugs is predicated on the assumptions (1) that quality and productivity problems are primarily due to lack of motivation in shop floor operators and (2) that it can be changed by the same kind of marketing campaign that works for selling detergents. Deming’s and Hamper’s point is that it is counterproductive and that these assumptions are false.

The key points that I see about appropriate public relations and communications around Lean are as follows:

Do it first, play it back later

Improvement does need marketing and promotion inside the company, to customers, and to suppliers, but not at the start of the effort, and not in this form.

The beginning of an improvement program like Lean transformation is when it is most likely to fail. At that time, the organization, from management to line workers, has everything to learn about its technical and managerial content, as well as the art of implementing it. It is then that they will make the most mistakes and therefore least need publicity. The first pilot projects only need to be known and understood by those who are directly involved, and should not be announced upfront with a marching band at an all-hands meeting. You are much better off trumpeting results once the projects are successes that can inspire others. And even then, it is not done with slogans but by testimonials of participants, demonstrating the improvements directly on the floor or in video recordings.

With outsiders as well, you do it first and play it back later. You don’t announce what you are going to do, but, once it is done, you make it a field trip destination for local schoolchildren as well as other industrial tourists.

Toyota plants have visitor centers with posters on the products and cartoons explaining the production system to children and have a whole staff of professional tour guides taking groups on a set path through the plant, wearing headsets to hear the explanations. These tours are part of public relations and not given by retirees, as is the case at many other companies.

Porsche in Leipzig charges customers €1,000 extra to spend a day at the plant to pick up their Panameras or Cayennes, during which they get a tour of the shop floor featuring their version of Lean, a lunch at top of the visitor center, and an hour with a driving pro on the test track to learn how best to drive their new car in various conditions.A striking feature of this plant site, is that it is dominated by the round, inverted diamond shape of the visitor center, on the top left of the photogaph, between the test track on the left and the production shops on the right.

This is part of a new marketing trend in Germany, where, rather than hide plants away, you locate the cleanest, most automated and most spectacular processes where your customers, or even the public at large, can see them. In this spirit, Volkswagen has located a plant downtown Dresden, with glass walls for passersby to see the final assembly of cars.

Honda pioneered a different form of promotion of its manufacturing system to end users with its homecomings at the Honda motorcycle plant in Marysville, OH, where, once a year, they hosted bikers who see the production lines and meet the operators who built their bikes. The same approach was later emulated by the now defunct Saturn division of GM.

Companies in other industries rarely go this far, particularly when their products do not excite the public’s imagination. Bart Simpson’s class goes on a field trip to a box factory, which does not generate much enthusiasm.

If you make components to sell to OEMs rather than to consumers, the promotion of your Lean programs takes a different form, with customers sending teams of auditors to assess whether you are “Lean enough” to do business with, and they may send you supplier support engineers to help you implement Lean to their satisfaction. This means that you must present your plant in a way that allows the auditors to check all the marks needed to give you the right score, even if it means setting up a Potemkin village with tools that you don’t think are essential to your business.

Working with your customers’ supplier support organization — or supporting your own suppliers — is a different process, requiring a deeper level of involvement, and it is not a matter of public relations for either side, and should not be treated as one. The customer provides free consulting to help the supplier increase productivity and improve quality. In exchange, the supplier reduces prices by a fixed ratio every year, calculated so that the improvements are to economic benefit of both sides. The customer pays less, while the supplier makes more profits. It is a win-win, but not an easy system to set up and operate. It involves top management, engineering on both sides, purchasing on the customer side, and customer service on the supplier side, and it is not run by Public Relations.