Does Honda Use SPC? (With Kevin Hop)

20 years ago, Honda stood out through its reputation for quality. Outsiders were studying Honda’s approach and Youtube now offers several videos shot at that time about it. Today, quality is no longer the differentiator among carmakers that is used to be but the practices of a company like Honda — past and present — remain a worthwhile object of study.

END_OF_DOCUMENT_TOKEN_TO_BE_REPLACED

Visit to Honda’s Kumamoto Plant | Christoph Roser | All About Lean

“The Honda Kumamoto plant was established in 1976 and is the largest Honda plant in Japan by area. It is their main plant for the production of motorcycles in Japan including their engines, but it also produces garden power tools, generators, and four-wheeled scooters.

A major earthquake in Kumamoto in April 2016 damaged the plant, and it reopened and scaled up production again during the summer of 2016. employees in the plant, 8% of them being women.”

Sourced from All About Lean

“Overall, I was not impressed by the Sayama plant. Part of it can be explained by its age, another part by it being closed in 2022 (and who wants to invest time in a plant that will be closed anyway), but there was still enough left over to make this a pretty unimpressive plant. I went away with a pretty bad impression of Honda plants. Luckily, Honda Kumamoto was much, much better. More about this in the next post.”

Michel Baudin‘s comments: Thanks to Christoph Roser for his detailed trip reports from Japan! 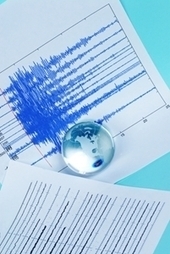 “Lean manufacturing practices can create efficiency and reduce waste, but smaller inventories put companies at risk for major supply chain disruptions. Many organizations are reconsidering their procurement strategies for emergency preparedness after discovering their operational vulnerability in the aftermath of the 2011 earthquake and tsunami in Japan, as well as the flooding in Thailand, according to Lloyd’s.”

Since when is purchasing parts from half-way around the world a “Lean manufacturing practice”? Toyota and Honda do import parts into the US from Japan, but they have been working steadily to increase the domestic content of the cars they build in the US.

In a Lean supply chain, you use as many local suppliers as possible and  only buy from afar if you can’t help it. And local suppliers are subject to the same disasters as you, and inventory in the pipeline is just one more asset that can be destroyed in the earthquake or tsunami.

In the late 1930s, the German aircraft industry organized its supply chain in a system called “ABC,” which involved frequent deliveries from nearby suppliers and almost no inventory at the assembly site. It was in anticipation of a man-made disaster: enemy air raids. Allied bombs could not destroy components that had yet tp be made.

The article just reiterates the old belief that you can protect yourself against shortages by holding inventory. It may work for crude oil, but not for the 30,000 items needed to build a car. To protect against a Fukushima type event, you would have to keep weeks of safety stocks of all the items all the time, which is not a practical idea. 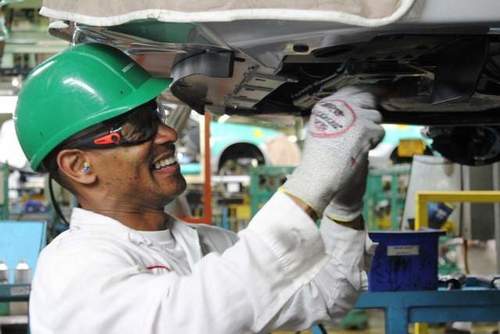 Honda is good at manufacturing, but uses methods developed in-house, based on the founder’s philosophy of self-reliance.Soichiro Honda was known for telling engineers: “Don’t try to find out what the other guy is doing, just solve your own problem!” He also got the company involved in racing early on so as to infuse the “racing spirit” in everything it did. The Honda Way isn’t just a rebranding of TPS or Lean, as so many companies’ “Production Systems” are; it is an original, autonomous development. The white uniform in the picture is part of it. Its purpose is to make stains stand out, so that their sources are identified and removed from production.