“Imagine going to work at 7:30 every night and spending the next 12 hours, including meals and breaks, inside a factory where your only job is to insert a single screw into the back of a smartphone, repeating the task over and over and over again. During the day, you sleep in a shared dorm room, and in the evening, you wake up and start all over again.That’s the routine that Dejian Zeng experienced when he spent six weeks working at an iPhone factory near Shanghai, China, last summer. […]. Unlike many of those workers, Zeng did not need to do the job to earn a living. He’s a grad student at New York University, and he worked at the factory for his summer project.”

Michel Baudin‘s comments: Thanks to my colleague Kevin Hop for sending me this rare peek into the life of the people who assemble iPhones by hand in Chinese factories each employing tens of thousands of workers. We need to keep in mind that this is the perspective of Dejian Zeng, an American student who was there for 6 weeks, not someone who works there for a living, but it is still informative.

While his account wouldn’t make anyone want to embrace iPhone assembly as a career choice, it’s not a horror story. The work is dull and repetitive, and there is too much of it, but it’s not described as dirty or dangerous. I have seen worse in poorly ventilated paint shops and machine shops with slippery floors, and not only in China.

END_OF_DOCUMENT_TOKEN_TO_BE_REPLACED

Question put to Michael Ballé in his Gemba Coach column:

Management wants us to start lean in product development, but refuses to consider the difference in roles between our current project manager and a chief engineer – how important is that?

Project Manager and Chief Engineer are job titles covering different roles in different organizations. Before commenting on whether management in the questioner’s company should switch titles, we should know how they select their project managers, how much authority the project managers have, and what they are accountable for. Some companies do an outstanding job of product development under project managers; others don’t.

END_OF_DOCUMENT_TOKEN_TO_BE_REPLACED

With the world watching, change begins at China’s factories – SiliconValley.com

CHENGDU, China — One day last summer, Pu Xiaolan was halfway through a shift inspecting iPad cases when she received a beige wooden chair with white stripes and a high, sturdy back.

At first, Pu wondered if someone had made a mistake. But when her bosses walked by, they nodded curtly. So Pu gently sat down and leaned back. Her body relaxed. The rumors were true. When Pu was hired at this Foxconn plant a year earlier, she received a short, green plastic stool that left her unsupported back so sore that she could barely sleep at night. Eventually, she was promoted to a wooden chair, but the backrest was much too small to lean against. The managers of this 164,000-employee factory, she surmised, believed that comfort encouraged sloth. But in March, unbeknownst to Pu, a critical meeting had occurred between Foxconn’s top executives and a high-ranking Apple (AAPL) official.

A revealing story, where “lean” is only used in the sense of a backrest to lean against. Under pressure, FoxConn has come around to replacing stools with chairs. In another 10 years, they may realize that sitting while working 10 hours a day is itself a problem, and redesign operations so that operators stand and move. They may also realize that you get higher productivity and better quality with 8-hour shifts.

Not Just Patriotic, U.S. Manufacturing May Be Smart : NPR

The incentives are stacking up in favor of making things at home. As General Electric discovered in its Appliance Park in Louisville, Ky., big things can happen when marketers and designers talk to assembly line operators.

Thanks to Kevin Hop for sending me this story. It must be music to Bill Waddell’s ears.

Ahead to the Past: Dependence on mass inspection in iPhone 5 assembly 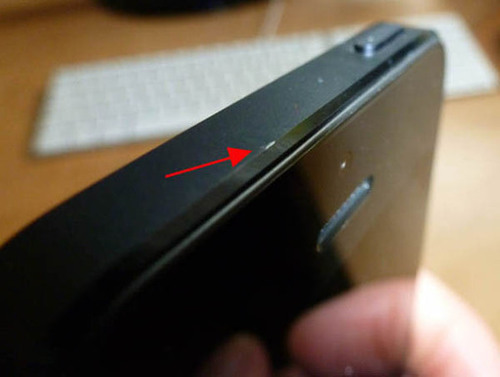 “…a government spokesman for the Zhengzhou industrial zone said about 100 Foxconn inspectors refused to go back to work after one was reputedly beaten by disgruntled workers.’The instruction to strengthen quality inspections for the iPhone 5 was given by Apple Inc. following multiple complaints from customers regarding aesthetic flaws in the phone,’ said the unnamed spokesman…”

30 years after Deming called on manufacturers to cease dependence on inspection to achieve quality, the practice seems thriving in the assembly of an iconic 12st-century product. It should be noted that the quality issues are not about how the iPhone 5 works but how it looks. They are purely issues of assembly and handling, not electronics.