More Flak on Lean Based on the Same Survey

Managing Automation published another response to the same study that claims to show that Lean does not work: Lean Manufacturing and Operation Excellence: Not Worth Their Weight?

As described in the press and their own press release, the AlixPartners study commingles Lean with “Six Sigma and other productivity programs,” which raises the following issues:

If these press accounts are correct, the survey confuses Lean with other approaches in an open-ended list, misstates its purpose, and considers exclusively metrics of cost reduction.

The effectiveness of Lean is not an easy subject to study. Should we survey all the companies that claim to be Lean, have a Lean program in place, have been certified Lean by some external authority, or are top performers in their industry? Once we agree on this, we still need yardsticks to quantify both  the effort they put into Lean and the rewards from it.

I took a stab at it a few years ago, and did my own analysis, the results of which were published as a Viewpoint in Manufacturing Engineering in 2006. I chose 40 winners of the Shingo Prize and searched Hoovers Online, for comparative performance data with their 400 top competitors. On the average, the data did not show that the Shingo Prize predicted any advantage in profitability, market share or employment growth. The AlixPartner press release says roughly the same thing, but I see it as reflecting on the Shingo Prize itself, not Lean.

The Shingo Prize is supposed to be the “Nobel Prize for Manufacturing,” but what are the criteria used to award it? You can download the Shingo Prize Guidelines and see for yourself. A team of Shingo Prize auditors visits the plants and awards points  to measure “the degree to which the behaviors in an organization are aligned with the principles of operational excellence.” In other words, the plants are measured on process compliance. They score points for practices they have in place. It is like measuring chess players on the number of pawns they move, and is correlated to victory like the Shingo Prize to business performance.

Toyota did not grow based on a compliance checklist. When I visit a plant, based on what I see and what people tell me, I can form an opinion as to whether they are among the few that have the spirit of Lean or the many that are going through the motions. But I don’t know how to generate a checklist that could be systematically applied to arrive at such a conclusion, and, desirable though it may be, I don’t believe a real survey is feasible.

Jamie Flinchbaugh doesn’t like sports metaphors, but I can’t resist one here. Usain Bolt  is the fastest man alive. Let us assume somebody publishes a book entitled “The Running Secrets of Usain Bolt.” How Usain Bolt actually trains is probably not trivial and certainly involves sustained effort and ferocious discipline. The author of the book, however, is concerned that a stern, eat-your-vegetables message would hurt sales, and focuses instead on easier topics, like shoes. As a result, kids flock to shoe stores thinking that wearing these shoes will make them fast, but the real ones are too expensive, so they buy cheap imitations instead. Six months later, based on their responses, a survey concludes that Usain Bolt’s methods don’t work.

Most Lean programs today are to serious implementations as cheap imitation shoes are to the training of Usain Bolt. Where they may succeed is in ruining the reputation of Lean. It is bound to happen sooner or later. As a brand, Lean has had a 22-year run so far, already longer than I expected.

Whatever that might mean, Washington state prisons are “going Lean.” According to this article, it mostly means standardizing menus and meal times across the state.

Factory life with and without Kaizen

In Kaizen, Masaaki Imai describes Japanese executives returning in the 1970s to American plants they had visited thirty years before and being struck by the absence of change: they saw the same production lines with the same equipment operated the same way. This started me looking for photographic evidence. Overall, pickings were slim, but I did find the above pictures of the same coke oven at the Ford River Rouge plant shot in 1946 and 1976.

If there is Kaizen activity in a factory, how does it change the work life of employees at all levels? The following chart compares the breakdowns of their use of time, with and without Kaizen:

In a plant without Kaizen, operators and supervisors are fully occupied with routine daily tasks: production for the operators, expediting parts, enforcing discipline, and record keeping for supervisors. Only middle managers and executives spend a fraction of their time on projects involving capacity changes, new production lines or new technology. Nobody works on incremental improvements to the way the work is done today.

By contrast, Kaizen involves employees at all levels  in such improvement activities to different degrees. Between improvement and daily routine, the boundary is sharp;  between improvement and innovation, fuzzy. Over time, the cumulative effect of incremental improvement is radical change by itself. In addition, the skills acquired and the lessons learned from incremental improvements are incorporated into new line or plant design projects. In some Japanese auto parts plants, I remember seeing automatic lines side-by-side, where one used old machines that had been gradually retrofitted with devices that reduced the need for human intervention, while the other one had been built from scratch with new machines to be automatic. The Kaizen work done to implement the former was essential to the success of the latter.

IndustryWeek : Whether You are Talking Lean or Continuous Improvement, Problems are a Gold Mine

Problems are opportunities… A cliche made in the USA for a positive spin. I remember slides in the UK on which “Opportunities” had been switched back to “Problems” so that the audience would understand. But 2009 IW Best Plant winner Greatbatch has earned the right to use it.

‘They are our opportunity to get better,’ says the director of lean enterprise at Greatbatch.
Via www.industryweek.com

Should a lean transformation program ever end?

On LinkedIn, Patrick Courtney asked the following question: “In your experience, with a Lean transformation program when can the program become a waste? Is there a tipping point? Please share your experiences and wins.”

Let us assume we are talking about a successful Lean transformation with a program office, headed by a lean champion and including a small group of project facilitators. The question then is whether there is a point beyond which this organization is unnecessary.

That a Lean transformation is successful means that practices from daily operations on  the shop floor to strategic planning in the board room are more effective and efficient as a result of Lean, as evidence in business performance. At that point, people in the organization no longer refer to “Lean tools,” but simply to “the way we do things.” What was a change requiring adaptation is the new normal.

In principle, once Lean practices are assimilated into the company’s standard mode of operations, a program office is no longer necessary. In reality, there are some functions for which continued, organized support is necessary, such as the following:

Some people will remain involved with Lean, but in other roles than during the initial implementation, and often elsewhere on the organization chart. More generally, a successful change program should eventually fade away. For example, the pursuit of Total Quality Control (TQC) was a program in major Japanese manufacturing companies until the mid 1970’s, when all of them had received a Deming Prize. Then it  gradually lost visibility, as everything they had learned from this program was integrated in normal operations and its principles had become part of the culture. 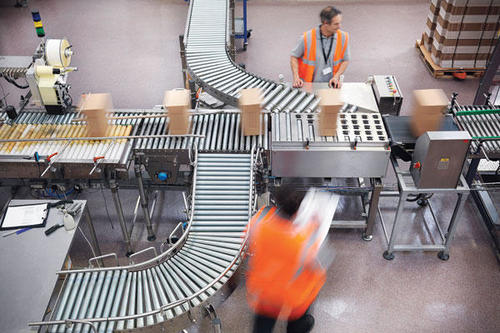 After the consultants leave, savings quickly evaporate. Are you just putting your business on a fad diet?
Via www.canadianbusiness.com