Should You Know Why Before You Know How? 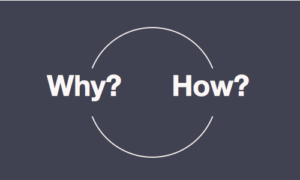 The first article in Jill Jusko’s twice yearly “Top 10” Industry Week articles about Lean is her own Lessons in Lean Training, in which she quotes consultant Jon Armstrong as saying “individuals first need to know why before they know how. It’s important to start with the principles.” It sounds rational but it isn’t quite as obvious as it sounds. It’s an effective way to teach geometry but not English spelling. In geometry, you arrive at conclusions through logic; in spelling, you memorize arbitrary rules. You don’t learn to spell because of principles but because you won’t get the job you want with a misspelled resume.

For a learner to ask why, multiple times, is valued as the sign of an independent mind. Such a learner won’t be satisfied with the status quo and will improve it. It’s a behavior we encourage in children…up to a point. It can also be paralyzing. At some point, a learner has to agree to act and defer the acquisition of the know-why after that of the know-how, and this is not limited to skills like driving nails. Computer code, to many programmers, is a magic formula. They have no clue why a particular line produces a chart on their screen; they only know that it does and that it fails if the punctuation is not perfect.

In the Japanese teaching tradition, drilling precedes and leads to understanding. For a Karate kata, the learning sequence is as follows:

The first three steps are learned through repetition, with instructor feedback; the fourth, through analysis (“Bunkai,” or 分解) and application (“Ōyō,” or 応用). A kata is a simulated fight against multiple opponents. In Bunkai, fellow students enact the attacks the kata is designed to defend against. In Ōyō, the students work through variations on the moves in the kata that would apply in real situations. That’s martial arts, but my understanding is that, in Japanese middle schools, geometry is taught in a similar way.

To teach TPS/Lean, is it wise or feasible to start from principles? First, you would need to have a workable set of principles. Several sets have been proposed, by Womack & Jones, Jeffrey Liker, Toyota itself, and others, none of which passes muster as a sufficient basis to logically build the entire system. Second, even if such a set existed, you would have to establish that it is the right place to start.

In my experience, up front explanations of principles are not persuasive to manufacturing professionals. Some sort of rationale can be ginned up for just about any approach and, if they have been around, they have heard a few. Results being the only way to move the needle with them, we need them to suspend disbelief long enough for pilot projects to succeed, and these projects must be executed by teams with no prior knowledge of principles or even tools. This is how successful transformations start, and how training starts.

This is how successful transformations start, and how training starts. As more projects are conducted, principles emerge from common patterns. These principles then coalesce into an operating philosophy and a culture.

Telling Good Lean Consultants From Bad Ones | Michael Ballé The Only Capability That Matters: The Willingness And Ability To Learn | Becky Morgan | Industry Week