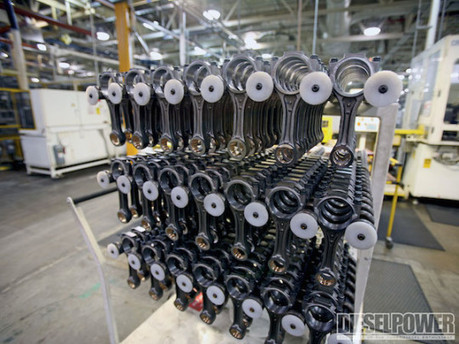 Blog post at Lean Blog :”[…]I’ve been in healthcare for 8.5 years now, but at the start of my career, I was an entry-level industrial engineer at the GM Powertrain Livonia Engine plant from June 1995 to May 1997. This plant was in my hometown, Livonia, Michigan and was located exactly 1.3 miles from the house where I grew up. The factory opened in 1971, two years before I was born. The factory closed in 2010 due to the GM bankruptcy and sits empty today as part of the ‘rust belt’ ..]”

About a decade before Mark, I spent time implementing scheduling systems in GM plants, and my memories, while not great, are less gloomy than Mark’s. My main project was at the GM aluminum foundry in Bedford, IN which is still open today, unlike the Livonia plant where Mark worked.

I remember being impressed by the depth of automotive and manufacturing knowledge of the GM engineers and managers; I also remember them as unable to implement any of their ideas, because it was dangerous to be perceived as someone who makes waves. They had no need for the scheduling system, but it was a corporate decision to deploy it in 150 plants, and they just had to get along.

The company culture was dysfunctional — particularly in quality, safety, and improvement —  but the plant was in a small town where the employees all knew each other and worked to make a go of it as best they could. And, they are still around.

I have since experienced a radically different quality culture in another car company. The quality manager in a parts plant once noticed that defectives had been shipped to final assembly. The parts had been machined so well that they didn’t leak at final test even though they were missing a gasket.