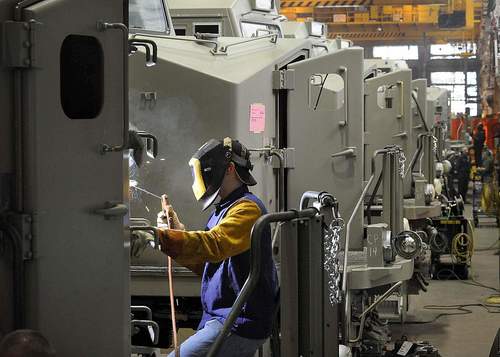 Talk to a couple dozen past and present employees at GE Transportation and a pattern emerges.Many share a common view that the productivity the company wants to improve was a casualty of lean manufacturing and a reduction in an incentive-pay program that paid employees more as they produced more. But for reasons of its own — including concerns about safety and quality — the company isn’t looking to expand a program that was deliberately downsized.

Productivity, a measure of how much an employee produces during a given period of time, was on the table last week and will be again this week as negotiations continue between GE Transportation and Local 506 of the United Electrical, Radio & Machine Workers.

It is odd that the unions that fought so hard to eliminate piece rates in the 20th century should come out in favor of it now. Economically, piece rates, or volume rates make sense for manually shoveling dirt, but not much else.