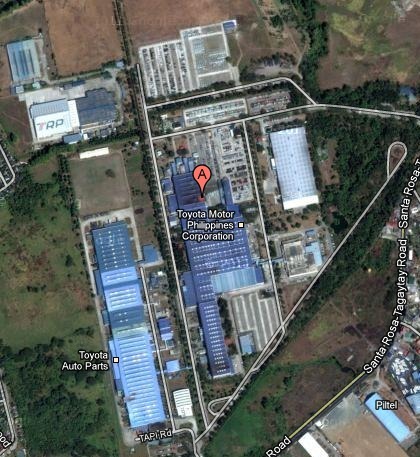 This is news from the Philippines, where the largest car plant is Toyota’s in Santa Rosa, producing only 30,000 units/year. The article’s author sat in a panel of judges that gave Toyota the Employer of the Year award for 2011. This is what he says about the plant: “When we visited their Sta Rosa plant, the Japanese managers were full of praises for the quality of work of their Filipino workers. Our workers have adapted well to their Kaizen work ethic. We were told that the Sta Rosa plant, which assembles the Vios and the Innova, is one of their most productive plants in the Toyota worldwide network.”
Via www.philstar.com