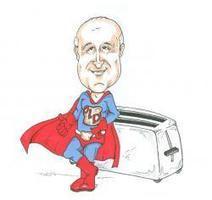 I agree with the comments, but not with the heckler’s assumption that 5S is easy. It may look easy, but, if it really were, 5S efforts would be successful more often. The key reason it should almost never be done first is that it is so hard to make it stick. Companies that start with 5S usually have a big spring cleaning event followed by rapid backsliding that destroys the credibility of 5S with their work force.
A consultant who recommends 5S first is like a parent telling a kid to clean up his room because he has problems at school. It probably needs doing, but it won’t solve the school problems.

“Some time ago, while speaking at a conference in the land down under, I was taken to task by a participant for suggesting, “5S is usually the first improvement” in Lean implementation.”
Via oldleandude.com