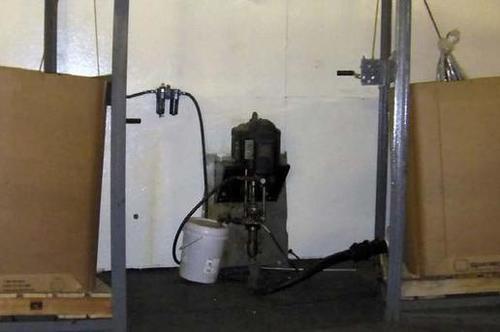 In Lean, paying attention to shop floor details is a strategy, a point that is often lost in “high-level” discussions. This story is a concrete kaizen case study and a good reminder: it is about eliminating overspray and time lost changing drums of coating material.
Via www.reliableplant.com 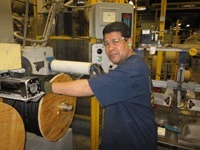 Change is Good: After decades of batch-and-queue production, a veteran workforce has embraced the switch to cellular manufacturing.
Via www.industryweek.com

Arif Nurrahman’s article presents Cellular manufacturing (CM) as an application of Group Technology (GT). This is the view of GT experts like Burbidge in Production Flow Analysis, for example, but is at odds with the Lean approach, as explained, for example, in Sekine’s One-Piece Flow, or in Lean Assembly. Group Technology creates product families based on feature similarity, ignoring the demand structure.   The Lean approach is to make it easiest to do what you do most often and therefore starts by classifying products as Runners, Repeaters and Strangers based on demand. Runners are few in number but have a sustained demand high enough to justify dedicated lines. At the opposite end of the spectrum are the many Strangers with low, sporadic demand that you make in a job shop. In-between are the Repeaters, for which you use Group Technology to arrange into families for which you build flexible lines.
Via manufacturers.blognotions.com

What is chaku chaku? definition and meaning

Via Scoop.it – Cellular manufacturing
The definition of chaku chaku in the online business dictionary is missing the concept of machines with automatic unloading and incorrectly states that the line must encompass the entire production process, which is not a requirement.