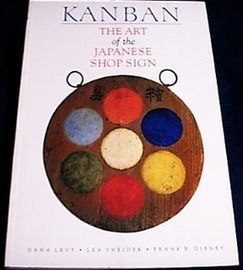 The kanban has met many adventureson its way to becoming a popular tool for the limitation of tasks, projects and works in process. As superhero origin stories go, kanban has an interesting one. As long ago as 8th century Japan, guidelines were set down for the forms and functions of kanban as corporate logos and shop signs. Just as the study of the use and evolution of forms of kanban as an improvement tool is illustrative as to the development of management various industries from manufacturing to software development, an examination of kanban as Japanese shop signs is instructive of the historical and cultural changes that took place.
Read more: Lean Manufacturing Blog, Kaizen Articles and Advice | Gemba Panta Rei
Via www.gembapantarei.com

How Manufacturing Software Should Adapt to Support Lean Principles

This article takes a critical look at the debate between lean manufacturing and MRP software advocates, and how to find middle ground.
Via blog.softwareadvice.com

More about Kanbans, and What it Takes to Use Them.

Ever since the world outside of Toyota started noticing its production system in the late 1970s, the Kanban system has received a disproportionate amount of attention compared to other features. It does not mean, however, that it has been accurately implemented in many of the factories that claim to have done it.  To anyone who cared to study it, details have been available in English at least since Robert Hall’s Zero Inventories (1983), the JMA’s Kanban, Just-In-Time at Toyota (1985), Yasuhiro Monden’s Toyota Production System (1993), or an updated treatment in Lean Logistics (2005).

Pressured to implement Kanbans by executives to whom it was little more than a buzzword, many manufacturing professionals found it more expedient to take old, familiar approaches like the two-bin system or reorder-point and call them Kanban. One such system implementing reorder-point through cards placed on a board has become so popular in France that I suggested calling it “French Kanban.” As can be seen in Figure 1, each column on the board is a mirror of the inventory level for an item. Each pocket filled by a card corresponds to an empty slot in stores, so that the remaining amount is visually indicated by the empty pockets on top. The reorder point is crossed when the cards reach the red zone.

Meanwhile, a few academics like J.T. Black at Auburn University or Robert Hall at Indiana University took the trouble to thoroughly investigate the Toyota system as a whole and the Kanban system in particular, but most of their colleagues didn’t, preferring a simplistic rendition of the Kanban system that made their own ideas stand out by contrast. In this context, insisting on the genuine Kanban system is perceived as nitpicking, because the differences are not in the big idea but in the details. You can easily dismiss these details as insignificant until you consider their cumulative effect on thousands of shop floor transactions every day.

Here are two examples, found today in a blog post:

When evaluating or learning a tool like the Kanban system, you have to consider the following:

Within its range of applicability, the Kanban system is both simple enough for people to apply and sophisticated enough to get the job done. This is a tall order, and we should not underestimate what it takes.

Even in Japanese, the word Kanban has many different meanings, the most common being a sign advertising a store on the street, as you can see by searching Google images for “看板” (Kanban). Figure 2 shows, on a sidewalk,  the Kanban of a beauty salon located on the 2nd floor of the building.

Figure 2. A Kanban in everyday Japanese

10 years ago, I wrote an article by this title in Karen Wilhelm’s Lean Directions, and a detailed treatment of pull systems in Lean Logistics, pp. 199-270 (2005). While 6 to 10 years in an eternity in Information Technology, it is not in Manufacturing, and I have not seen evidence that technological advances since then have invalidated these discussions yet. Also in 2005, Arun Rao and I wrote a paper on RFID Applications in Manufacturing, which outlined ways this technology could be used, among other things, to implement the Kanban replenishment logic on the side of an assembly line. To the best of our knowledge, it still isn’t broadly used, and bar codes are still the state of the art on the shop floor.

For placing orders with suppliers, on the other hand, the recirculating  hardcopy Kanban has never really taken root in the US, and orders are usually placed electronically. When Kanbans are used with suppliers, they are usually single-use cards printed by the supplier to match electronic orders, that are attached to parts and scanned when the corresponding parts are consumed to trigger a reorder. This is the eKanban system, and more a horseless carriage than a car, in that it is an electronic rendition of a system whose logic was constrained by the use of cards.

Kanban On The Factory Floor

Via Scoop.it – The Kanban system

A software engineer discovers Kanban on the factory floor. http://t.co/FsBxAcbV…
Via blog.timwingfield.com